Month one of the soil experiment has come to an end and the results are in! Well, to be honest, there aren’t really any results. Nothing is taking place above the soil at this point so there are no visible differences between the little jade plants!

Way back (in October 2019) I did a review to see if homemade succulent soil was cheaper and/or better. It was a tough question to answer and one that I couldn’t answer with certainty until I ran some tests.

So, I took a leaf cutting from the same plant, at the same time and planted each in different soil – one homemade, one Miracle Grow (what I use most of the time personally) and one in the wildly popular Bonsai Jack Succulent Soil.

You are all caught up unless you want to read the prequel – Homemade Succulent Soil – Cheaper? Better?

So, What Have You Been Doing The Last Month

Netflix, lots and lots of Netflix.

I have watered the plants twice.

The first time on October 23rd and the second time on November 4th. Each time, before watering, I got the plants dry weight.

I also weighed the amount I watered them, the amount they weighed after the water drained, and then recorded the percentage of water they retained.

After the first watering, I reweighed them twice to see if they went back to their original weight. Interestingly enough, the Miracle Grow did within two days but the other two did not for over a week.

I find this interesting and also unexpected for a couple of reasons:

Root rot is a real threat to succulents and proper drainage prevents root rot but long term, with a proper drainage hole, will this make a difference? That question is the entire reason we are doing this experiment.

The first time I watered them until all the soil on the top was wet. This took different amounts for each plant.

Here is the dry weight. 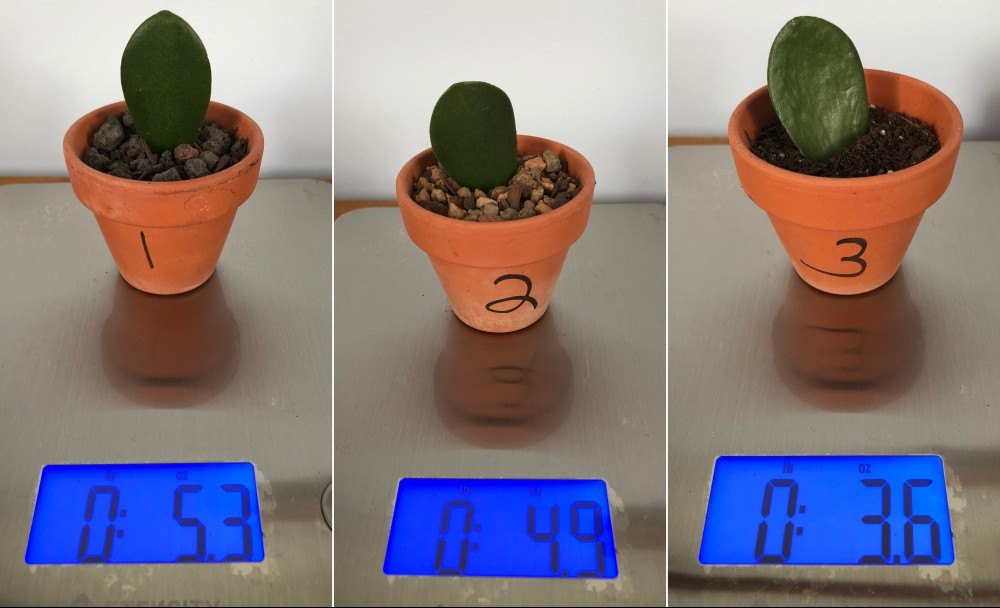 And the process for watering.

Here they are after being watered, notice how the entire top is wet.

If you think that was exciting, the second watering will blow your mind!

The first time, as I mentioned, I watered them all different amounts to see what they needed to get the entire soil on top wet.

The second time I took an average (rounded up) and decided to water them all the same, to really compare the percentage of water retained, etc.

I realized I may be a bit of a nerd when I was using a dropper to get 1.7 ounces exactly to water each one. I have to admit I am enjoying this!

Here are their dry weights before the second watering. 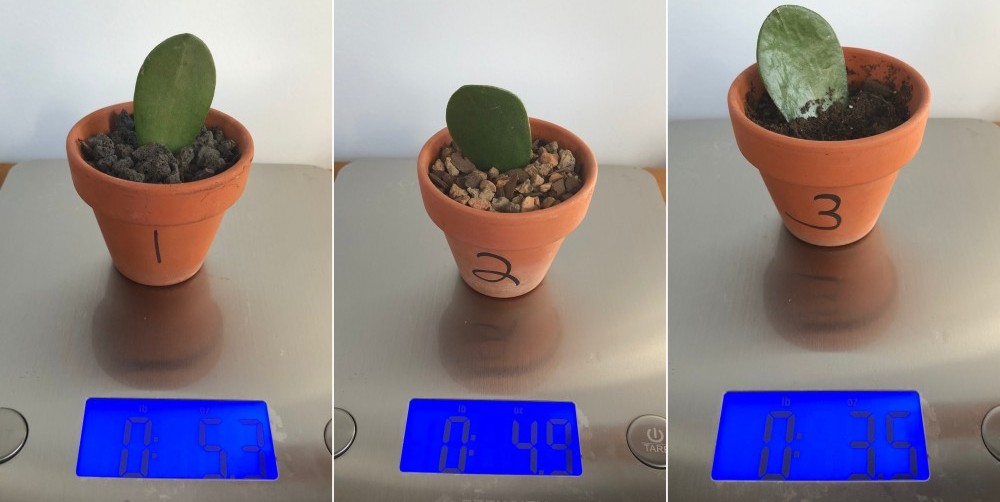 Notice how plants one and two went back to their original weight but plant three (Miracle Grow) lost .1 ounce. I put a bit of screen in the bottom of each pot over the drainage hole but I guess it is possible that some soil came out.

Here is the precise 1.7 ounces of water. 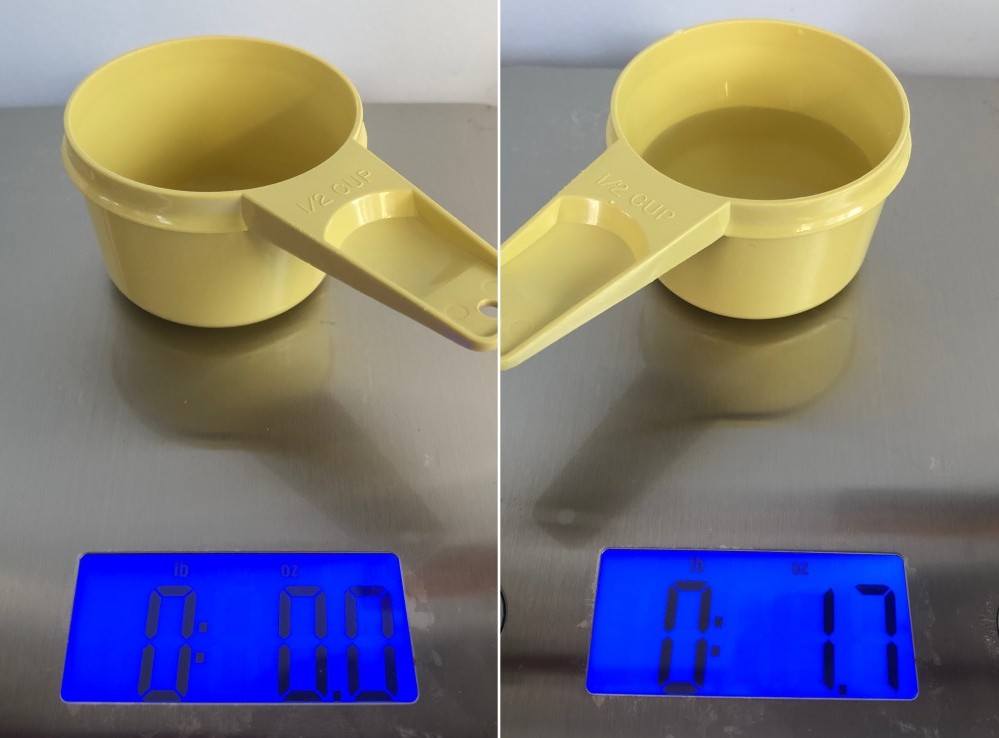 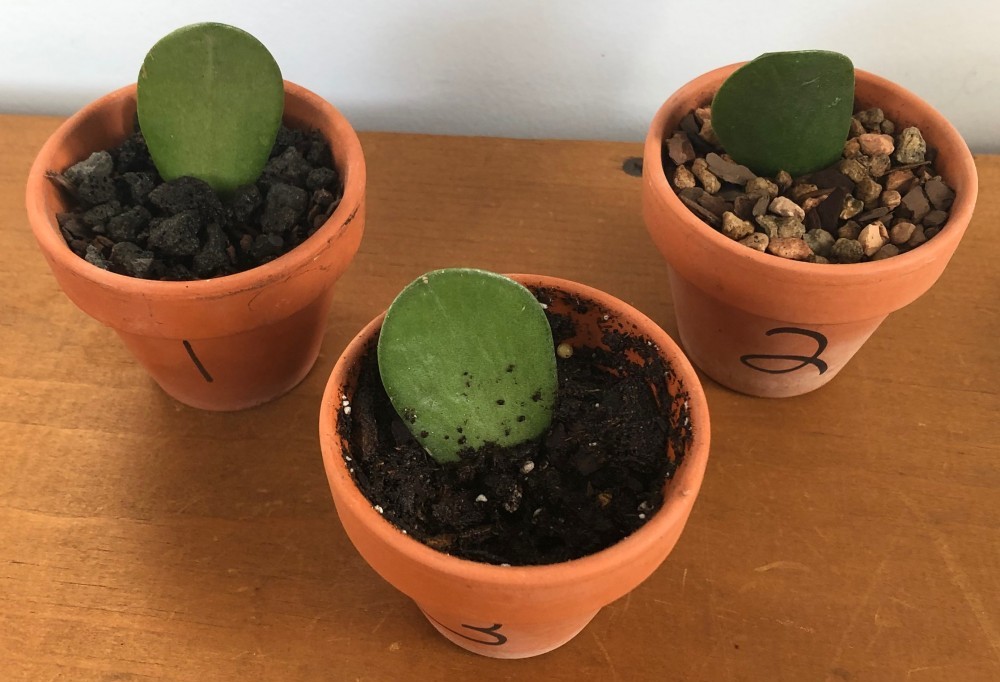 I’ll water them twice before the next update. I’ll continue to do the same method of weighing. I do not think I’ll water them all the same though because I felt like the homemade soil needed more water to really wet the top and thoroughly soak it. Since all three plants ranked in the same order of water retained (when the amount was controlled) as the first watering (amount not controlled), I’m comfortable that the amount I water them won’t change the rankings.

No, we are doing this so we don’t have to guess!

Here is the chart I used to document everything. I’ll continue to add to it.

As always, I appreciate your comments and questions in general and about the experiment.